I recently found out these two products were compatible, so I wanted to check performance characteristics of a pool with a cache assigned to it's underlying drives.  Pleasantly, I found there was a huge increase in pool drive throughput using Primocache and a good sized Level-1 RAM cache.

This pool uses a simple configuration: 3 WD 4TB Reds with 64KB block size (both volume and DrivePool).  Here are the raw tests on the Drivepool volume, without any caching going on yet: 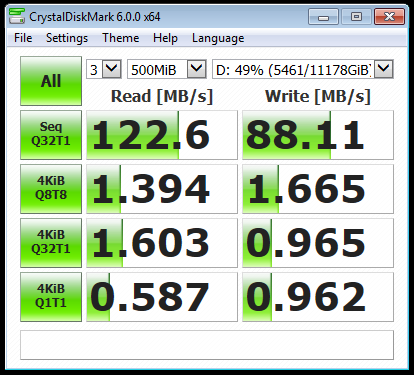 After configuring and enabling a sizable Level-1 read/write cache in Primocache on the actual drives (Z: Y: and X:), I re-ran the test on the DrivePool volume and got these results: 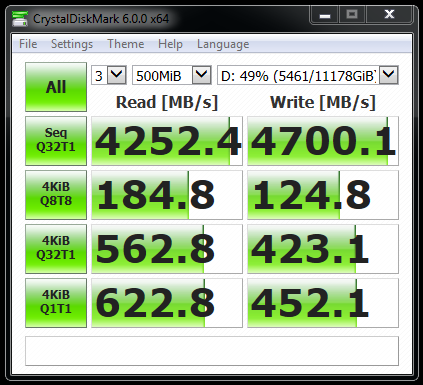 As you can see, not only do both pieces of software work well with each other, the speed increase on all DrivePool operations (the D: in the benchmarks was my DrivePool letter) was vastly greater.  For anyone looking to speed up their pool, Primocache is a viable and effective means of doing so.  It would even work well with the SSD Cache feature in DrivePool - simply cache the SSD with Primocache, and boost read (and write if you use a UPS) speeds.  Network speeds are of course, still limited by bandwidth, but any local pool operations will run much, much faster.

I can also verify this setup works well with SnapRAID, especially if you also cache the Parity drive(s).

I honestly wasn't certain if this was going to work when I started thinking about it, but I'm very pleased with the results.  If anyone else would like to give it a spin, Primocache has a 60-day trial on their software.

19 answers to this question