I get this error frequently... I'm not sure if it's because my cloud drive has been uploading for about 1.5 weeks so far and I am also downloading from it periodically for use with Plex... but I do get this error frequently enough. It seems to happen with all my cloud drives... I've detached and re-attached, but that doesn't seem to work... I suspect it might be my cache (SSD shared for all 4 cloud drives which is also being used for Windows OS), but I would like to have a way of making sure it's the SSD before I go out and by another one. 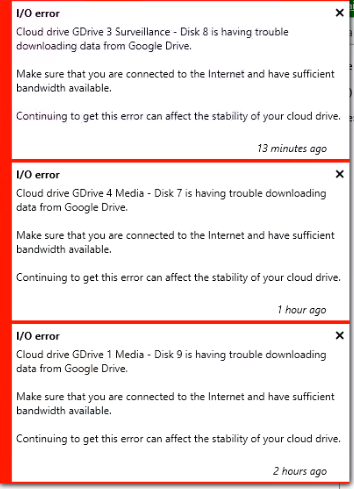 27 answers to this question