Overnight Scanner service read the SMART details of a Seagate 6TB drive and decided that the drive is in imminent danger of failure and started evacuating the drive. However, all the Attributes are showing as green. 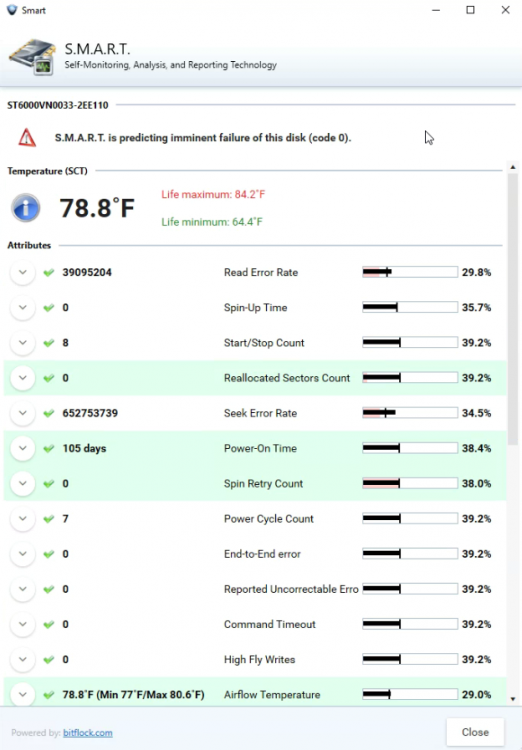 Same model drive in this machine has similar attributes, but is not predicting failure. 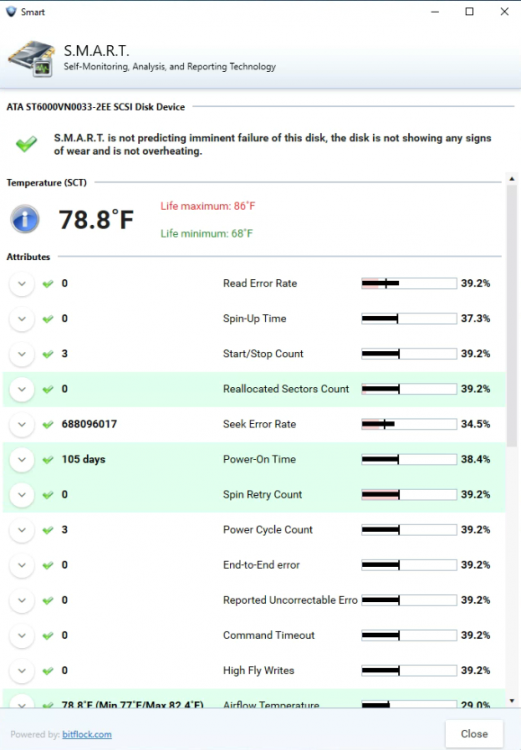 I noticed both drives are using generic interpretation rules. I triggered an interpretation rule update to be sure there weren't wrong rules being applied. CrystalDiskInfo shows no problem with either drive. I would appreciate any help interpreting what is going on and why Scanner thinks one drive is about to fail.