A bit of an odd issue which will probably be easily resolved, but since I'm not sure how it happened I'm hoping to get some insight before I just start clicking buttons.

I've had a DrivePool with 10 drives as 'DrivePool E:\' for a long time and recently removed a disk due to hardware failure. It was detected by StableBit Scanner and data was moved off, worked nicely. Today I noticed I have a new pool, 'DrivePool D:\' which contains the original drivepool. In DrivePool I can move between the two pools, and on E: it notes 'This pool is part of pool DrivePool'.

When I view the individual drives there is only a single PoolPart.* folder which is what is confusing me. I was kind of expecting there would be nested folders, since it is a pool within a pool. I didn't intentionally create this so I'm wondering can I just remove the pooled E: drive from the DrivePool D:\ and return to having a single pool or is that going to confuse it and throw everything into disarray. I was browsing the forums and got the impression nested pools weren't supposed to be a thing. 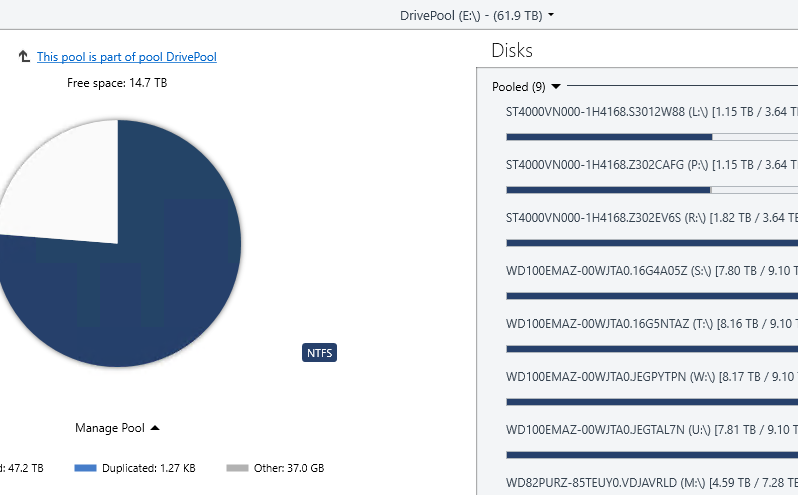