Good evening, I have a problem that maybe you can help me solve, I had drives on the PC doing a Windows update and restarting, Windows went to BSOD I'm trying in every way to restore the OS but without success, of course not being predictable I did not detach the disks, I tried to mount a disk on another PC and after the various warnings not to mount the disk at the same time on two PCs I forced the mount, knowing that the other PC was shut down and probably not resuscitable, CloudDrive returned this error to me that I paste below, how could I go about losing all my data? Please tell me it's possible. Thanks

I add another information: the local disk where the cache resides is not the same where the operating system is installed, so even by making a format the local cache would not be deleted. Thanks again 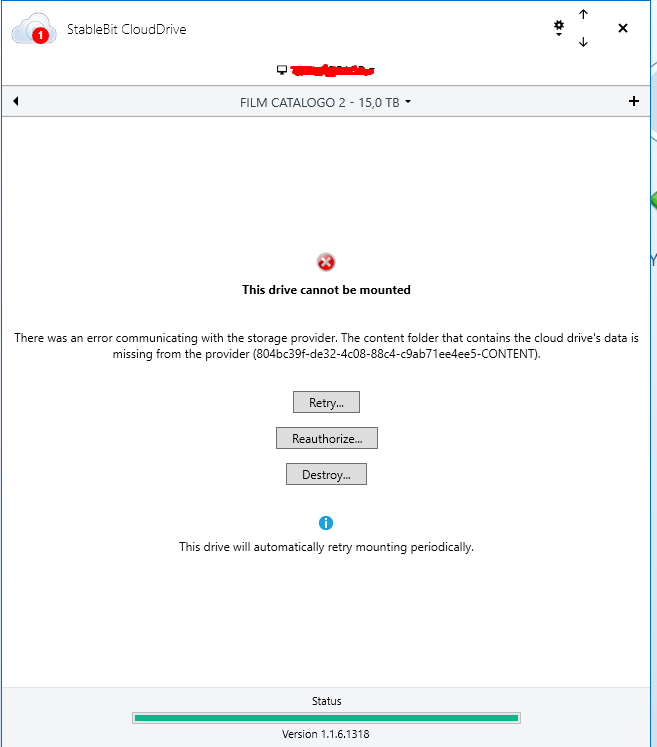