Pool Folders are Read Only 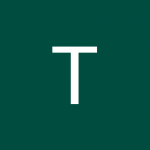 Hi there! I've been using Drivepool on Windows 10 for about 6 months. I love it! Recently I had a drive failure, I removed the drive from the pool but the folders are still read only. I tried using icalcs but it says permissions denied. Anyone have any recommendations?