I have tried to do as much troubleshooting as possible, but cannot get 4k movies to play properly. My setup is as follows:

Drivepool 'Cloud' H: - Plex picks up all the media from H: which consists of:

Settings on the Cloud Drives are all as follows: 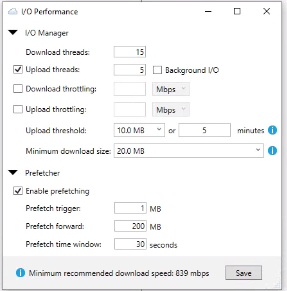 Cache Drives are all 100GB Expandable on an SSD that is not performing any other functions.

The issue is that 4k movies play fine for a few minutes and then have buffering issues, sometimes just for around 1 to 2 seconds. Sometimes, the video stutters and becomes pixelated. I am playing the videos on a Samsung Smart TV.

Troubleshooting I have already done:

- Tested video files, network, and TV. When played off either the 'Cloud SSD' (which is actually 2 x HDD) or my 1TB SSD the files play perfectly on my Samsung TV via Plex - it is not the files, nor the hard drives, nor my network.

- Tested Plex. I get the same results from Emby and when playing the video directly on my computer - it is not Plex

- Check the files are direct playing - they are

- Run speedtest - I am getting the full bandwidth from my provider

- Disabled all other programs so that my system and SSD have nothing else to deal with, including disabling all Plex scans - It is not a lack of system resources 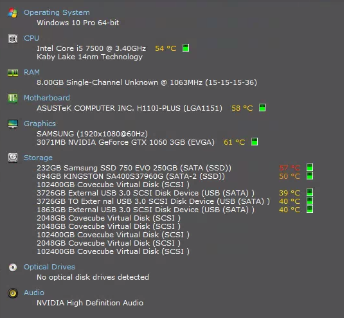 Things I have noticed:

- My system seems to be prefetching enough data - it doesn't seem to go below 300mb, sometimes going to 600mb

- I rarely, if ever, get more than 1 new connection to the CloudDrive show up when playing movies. When uploading I get more.

- My download speed seems to be quite slow in general - around 5MB/s with peaks and troughs when transferring data. My upload speed is around 10 MB/s normally, so I'm not hitting anywhere near what my bandwidth is capable of.

Please let me know if there is any more information I can give to help. I really want to get this working as it should.

10 answers to this question