I remembered from a previous conversation that the issue with implementing support to get SMART data from a soft raid set is more of an implementation issue than a technical one. I wanted to put forward a suggestion on how this could be implemented in what would hopefully be a way that would not require a ton of work.

First a why this is important. Currently if you have drives in a Soft RAID set lets say in a Storage Spaces array for example StableBit Scanner will pick up the RAID set and can perform a surface scan and file system check on it. This is fantastic and you want this sort of action being preformed on the array itself and not on the individual underline drives. However, no smart data is available for the drives in the underline RAID. Now it is possible to pull this data using other software if you want o manually read it but the larger issue is that you will not get a alert from Stable Bit Scanner that the SMART data on one of the underline drives is indicating trouble like you usually would. This leads us to the first request/suggestion.

1) Make it so that at minimum we at least can get an alert that a drive has a SMART warning. Even if we can not view the smart data within the program and even if lets say we do not know what raid set the drive belongs to at minimum just knowing drive with SN: XYZ is having a problem with the automated email function would be a massive improvement.

The next logical question becomes hey lets say we do know what drives are in the RAID set but how do we present this info to users in a meaningful way that does not require massive GUI changes. This leads to the second suggestion.

2) Allow the SMART data of underline drives to be viable to the user so that a user can select a soft raid disk and be able to view the status of drives that make it up. See the images below for a suggestion on how this could be implemented. 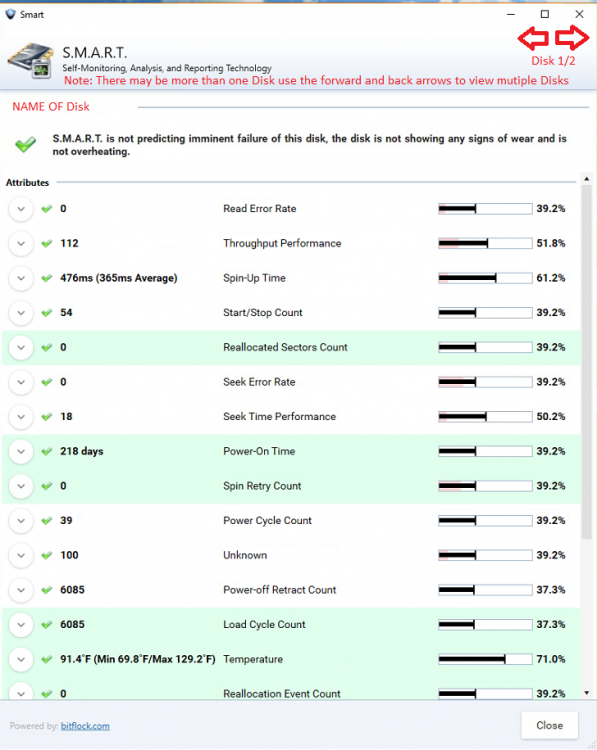