Should/do all pools have metadata stored?

So I'm trying to ascertain what is going on with one of my pools.  It seems to be functioning more or less, but relative to my other pool which is in the same chassis, made up of largely the same drives, connected via the same means to the same controller, its behaving differently in a few ways.

1) it re-measures on every restart

2) it displays as having 0 "duplicated"

now my line of thinking is that somehow 2 is tied to 1.  I do not enable duplication but metadata is set to 3x by default.  this (i assume) accounts for the 680kb worth of "duplicated" on my 1st pool which also does not re-measure on every restart.

my second pool has 0 duplicated showing and as such I can only deduce it has no metadata stored so its not duplicating it.

I'm unsure if this is... possible? as im not wholly familiar with which metadata drivepool stores or uses.

basically curious if anyones pool looks like this screenshot? 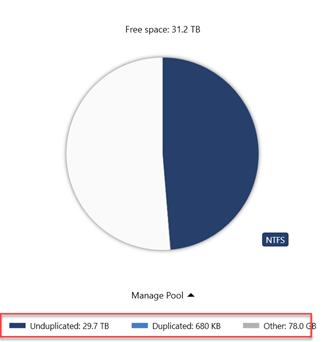 If the former exists for anyone, is it presenting any issue like re-measuring after restarts? Outside of the constant re-measuring which I already know is incorrect, I also want to know if the apparent lack of metadata on my pool is abnormal and try to rectify it before I reformat my pc as i'd like to start problem free.