The issue is file transfer speeds over my gigabit network. Copying a 2GB file from my desktop to the pool saturates the network and I get speeds of 110 MB/s. However, read speeds from the pool are much less. Copying the same file from the pool to my desktop transfers at 60-70 MB/s, sometimes less. I've tinkered with DP settings, used different network cards, and tweaked network settings. Nothing really seems to make a difference.

Is the slow speed just a limitation of the slower RPM drives or is it a Drivepool issue? It seems strange as the write speed is great but the read speed is significantly lower. 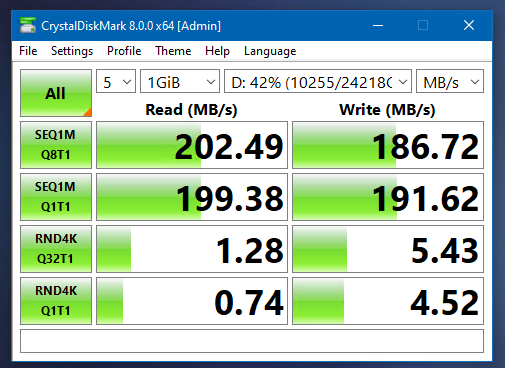