All Drives shown as RAW, all drives are GDrive cloud drives 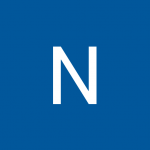 As we all know last night was a issue with Gdrive around the globe. Well since then it is back, but all my drives are shown in clouddrive as normal (I see how much space is used, how much free etc), in windows explorer they all have a driveletter but are not shown with the bar of how much is taken or free. When I click on them, windows asks me to format them. In drive manager they are shown as Raw.

All 3 drives are on a different gdrive account. What are the odds that 3 drives are hit bysuch a problem at once?

Anyone can help me? If all 3 are borken now, I lost all my data (yes it was duplicated, 3 times around all those drives....). Can someone help me?

Edit: what I tried so far: Reattaching one drive. Did not help. Detach and reattach, did also not help, still shown as raw. chkdsk /f says "not enough space" but finds lots of errors. I take every advice that could solve it. For me it looks like stablebit did something wrong. It started with the outtake of Gdrive, but the chunks and everything are there in the cloud... Please, I am pretty close to a meltdown if everything is gone...

44 answers to this question