Hi all, just got a new disk in a couple days ago and something has my spidey-sense tingling about it and I wonder if you can give me a second opinion.  Now, I should note that in the last 24 hours I have copied about 3.5TB into the drive and back out while I was moving some disks around so that's not what concerns me.  Specifically, the Seek Error Rate and Hardware ECC Recovered.  Are those way too high for a new disk?  How about that Head Flying Hours astronomical number.

Is all this normal?  Would love some expert eyes on it.  Maybe I'm worrying for nothing.

Still loving the DrivePool + Scanner product, I started in 2014 with a mere 8TB (5TB+3TB pooled) and now I'm the proud owner of 84TB raw storage across 16 disks.  I started syncing every morning with SnapRAID and one parity disk just last week, and plan to get a 2nd disk of Parity into the system by March or April as soon as I can afford another 8TB disk. Crossing my fingers nothing bad happens between now and then. 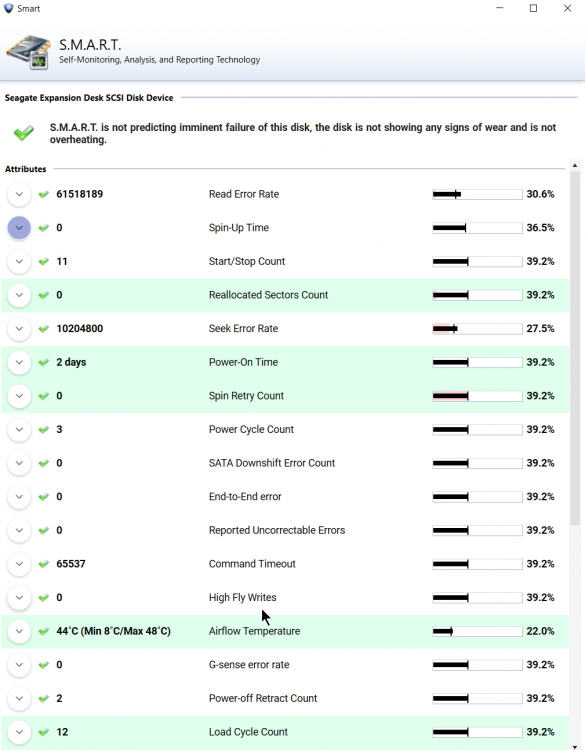 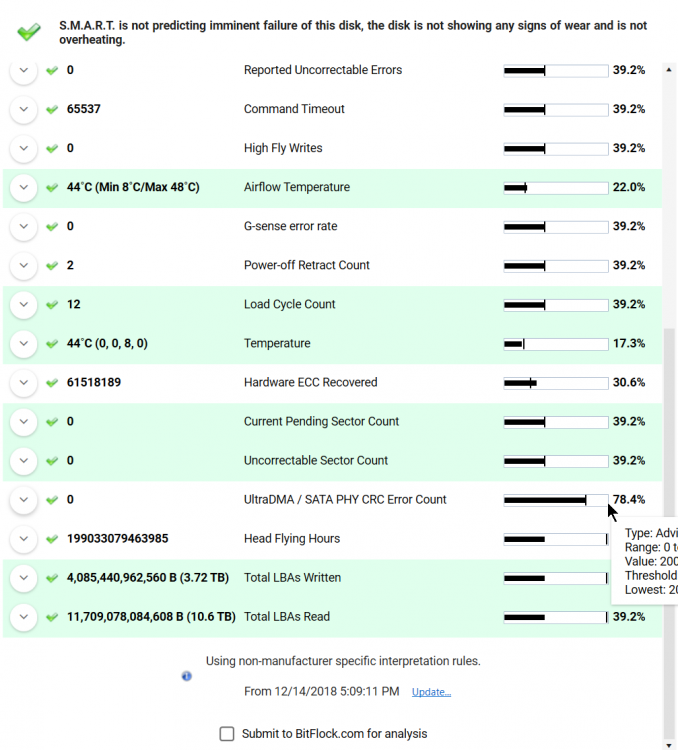 Edit - Found some posts on reddit that kinda said "Oh, those silly seagates are always like that, don't worry about it" so unless somebody here tells me different, I'm just gonna ride with it.