Not good. Folders Randomly Duplicated and Split Across Drives?

Concise Summary: I attempted to remove two drives from the pool, selected the "duplicate files later" option prior to doing so. Came back to my computer the next day and the first drive had an error because there wasn't enough space in the pool to remove the drive, but DrivePool was still attempting to remove the second drive, and was 41% complete. I cancelled the removal of the second drive prior to completion. Additionally, I unseeded all of the drives. Now it appears folders and subfolders have been totally messed up across the drives. Some parent folders are duplicated, while only certain sub folders within them have been duplicated. I have no idea which files are on which drives! How can I fix this? I've attached a screenshot of the parent folders to give a sense for what I'm talking about. The folder/file structure within each main folder is somewhat complex since they contain full/raw movie backups.

For example, there should only be one "4K Alien" folder, yet there is now one on every single drive! 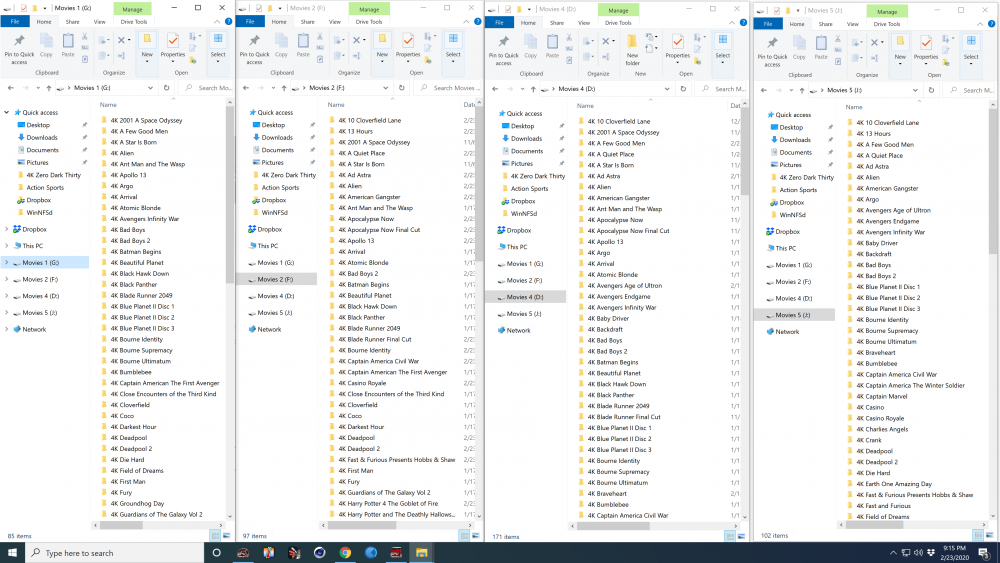