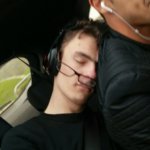 One of the key things that made me dislike DrivePool in the first place was the lack of ability to have "drives" where I could store the data. When using Storage Spaces, I got separate drive letters, and I wanted to keep the setup I had.

DriveBender allow this, due to having each mountpoint be a separate Disk (even showing up in Task Manager, one disk per mount point).

After looking and testing, and despite a post on this forum, I think I found a solution.

While the post is wrong about using subst, I found that by using the registery key HKEY_LOCAL_MACHINE\SYSTEM\CurrentControlSet\Control\Session Manager\DOS Devices I could set up the letters as intended.

Having an entry named "E:" with value "\??\D:\Backups" would create a drive with the letter E, pointing into the DrivePool, mounted into D:

Having DrivePool manage this by itself would be a great feature to have.